A bakery in my town recently acquired a tuk-tuk , a small three-wheel car-scooter hybrid designed to excel in Asian cities that often are too congested for standard cars. They are also great promotional tools in U.S. suburbs where few people have seen one up close. 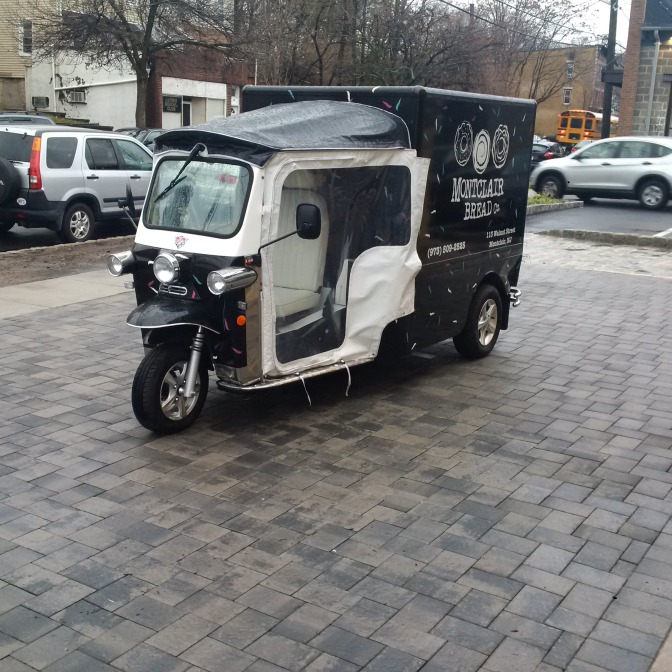 The bakery’s clean, shiny vehicle looks a lot better than those I have seen in movies and occasionally serving as food trucks in New York and New Jersey.

The three-wheelers, also called auto rickshaws, have been turning up in a number of U.S. cities as taxis and shuttles. Some of the latest versions are electric-powered, so they run cleanly and almost silently. They are a major improvement over traditional tuk-tuks powered by loud two-stroke engines that spew oily exhaust.

One has to wonder if these emblems of developing countries will eventually enter the U.S. mainstream. I can think of many cases in which I could have gotten around Manhattan very efficiently in one of these. They need less space to park and are easy on fuel. However protection from weather, especially during the winter, might be far less than drivers here have come to expect.

And for those who prefer Pierce Brosnan as the master spy, there is this ad for Visa…

View all posts by Jonathan Welsh