Recently, on one of those perfect spring weekend days when the temperature only flirts with 70 degrees, I felt an acute urge to ride a motorcycle. But the only two-wheeler ready for action was our 1978 Garelli Super Sport XL moped. Better than nothing, right?

So this would be a slow ride – slow and fabulous as it turned out.

“Fabulous” may be a lot to ask of 49 cubic centimeters but the Garelli’s tiny single-cylinder engine, running on oily fuel and emitting a distinctive two-stroke buzz, transported me beyond my well-worn 10-mile loop around town.

Counting the trees, lamp posts and driveway aprons while passing at 15 to 25 miles per hour is a small part of what makes this ride different from covering the same route on a motorcycle. There is also a level of relaxation one can enjoy on a moped that is out of reach on a motorcycle because higher speeds and traffic occupy most of the rider’s attention. Of course moped fans still have to watch their backs, but toodling along near the curb generally requires a bit less situational awareness.

The machines’ simplicity is another selling point. With a few tools and a little confidence, many people can maintain and repair their mopeds. Spare parts are surprisingly plentiful. Networks of clubs, suppliers and online forums have developed to offer tips and moral support to people who want to use their mopeds for commuting, racing and even long-distance travel. 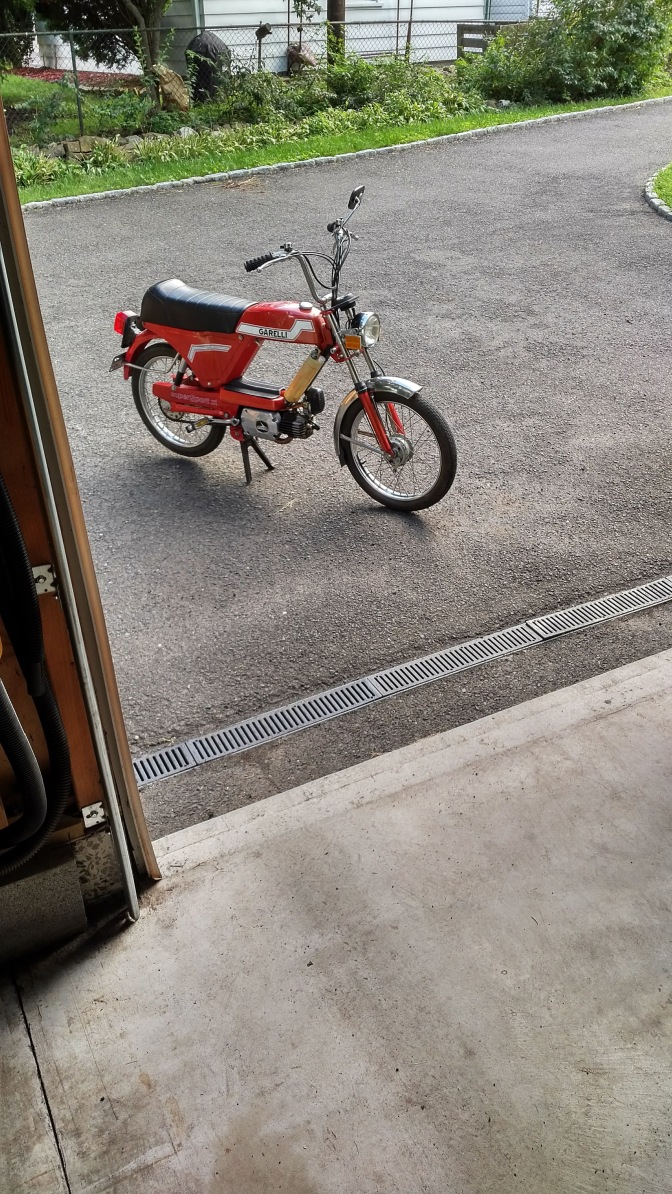 Mopeds’ retro styling and colors are eye-catching, and their names can start conversations. For people looking to acquire one of the vintage machines, there is a range of styles. What suits you best — harvest gold, avocado green or a racy metallic red? A moped can say a lot about its rider, after all. Are you a Garelli Rally Sport, Puch Magnum or Honda Hobbit sort?

No matter which model and color you choose, you won’t exude coolness or swagger as you buzz down the street, at least not in a conventional way, like on a muscular, rumbling motorcycle. Other moped riders will smile and wave, though, as will middle-aged folks who rode the bikes as kids and are tickled to see them making a comeback.

The moped boom in the U.S. got going during the energy crises of the 1970s in part because the bikes’ small engines are easy on fuel – we’re talking 100 miles per gallon. They also gave teenagers a motorized alternative to riding bicycles and walking several years before they were old enough for driver’s licenses.

During the summer of 1980, right before I started high school, mopeds were buzzing all over my New Jersey hometown and anyone who was 14 years old could ride one. You didn’t need a motorcycle license or a helmet.

Looking back I’m not quite sure whether that period qualifies as the good old days or the dark ages. But to my engine-addled, 14-year-old brain, those were the best of times – except, perhaps, for the part about being 14.

Watch a video about our Garelli Super Sport moped

View all posts by Jonathan Welsh